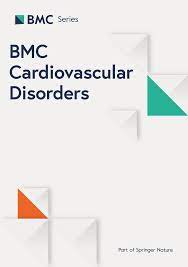 Background: Prevalence of coronary heart disease (CHD) risk factors are increasing in developing countries. The present study aimed to assess the prevalence of self-reported CHD and evaluate the role of various risk factors on its prevalence in the Tabari cohort study (TCS) population.

Methods: The enrollment phase of TCS was performed between June 2015 and November 2017. In the current study, data were derived from information collecting from the enrollment phase of TCS. In the enrollment phase, 10,255 individuals aged 35-70 living in urban and mountainous areas of Sari (northern part of Iran) were entered into the study. Educational level, socioeconomic and marital status, history of smoking, opium and alcohol abuse/addiction, level of daily physical activity, indices of obesity, and traditional risk factors of the participants were determined.

Results: The prevalence of CHD was measured at 9.2%. Older individuals (P<0.001), people with a body mass index≥30kg/m2 (P<0.001), diabetics (P<0.001), and hypertensive (P<0.001) have been shown to have an increased risk for CHD compared with participants of without CHD. Furthermore, the CHD was more prevalent in individuals with higher waist circumference (P<0.001), higher low-density lipoprotein cholesterol (P<0.001), lower high-density lipoprotein cholesterol (P<0.001), and a higher waist to hip ratio (P<0.001). In addition, individuals with low socioeconomic status, illiterate people, and opium users had a higher prevalence of CHD (P<0.001). The results of the multivariable logistic regression analysis showed that the probability of CHD among individuals who had 8-10 risk factors was estimated at 8.41 (95% confidence interval: 5.75-12.31) times higher than those with less than 3 risk factors.

Conclusion: According to the results of the present study, it seems that the prevalence of CHD in the Iranian population is relatively high.