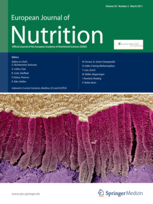 Background: The association between milk intake and cardiovascular disease (CVD) and mortality risk is still controversial but data from Middle-Eastern populations are scarce. We aimed to study these associations in an Iranian population.

Methods: We used the Isfahan Cohort Study, a population-based prospective study of 6504 adult Iranians. In this analysis, we included 5432 participants free of CVD at baseline with at least one follow-up. Data on whole milk intake and other dietary factors were collected by a food frequency questionnaire at baseline. Cox proportional hazard regression was used to predict risk of CVD events, comprising coronary heart disease (CHD) and stroke, and mortality according to frequency of whole milk intake with adjustment for other potential confounders.

Conclusions: Less than daily intake of whole milk was associated with a statistically significant, although modest, lower risk of CVD compared with non-consumption, but this potential benefit may not extend to daily intake in this population.