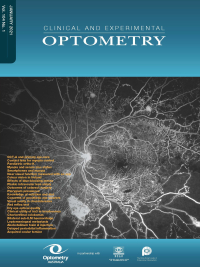 Background: The aim was to determine the agreement in keratometric readings measured with the Biograph/LENSTAR, the Pentacam and an auto-kerato-refractometer in a 40- to 64-year-old population.

Methods: This report is part of the first phase of the population-based Shahroud Cohort Eye Study. In virgin eyes, agreement among keratometry readings of three devices was examined in 7,260 eyes using the Bland-Altman method. The inter-device 95 per cent limits of agreement (95% LoA) and 95% confidence interval for upper and lower limits of agreement were calculated. Comparisons were made for keratometric readings of the flat and steep meridians as maximum keratometry (max-K), minimum keratometry (min-K) and their average (mean-K).

Conclusion: These three devices are not interchangeable in terms of keratometry for calculation of the intraocular lens power. Agreement between the Biograph/LENSTAR and the auto-kerato-refractometer can be increased with regression models but this is not true in case of Biograph/LENSTAR and Pentacam.