You are here: Home1 / Publication2 / Smoking and associated factors among the population aged 40-64 in Shahroud,...

Smoking and associated factors among the population aged 40-64 in Shahroud, Iran 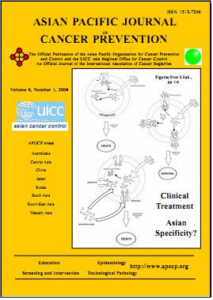 Background: Smoking is known as a major risk factor for different types of cancer, as well as cardiovascular disease. Its prevalence is increasing in developing countries. The aims of this study were to determine the prevalence of smoking and its associated factors among the population aged 40-64 years in the city of Shahroud which is a representative urban population in Iran.
Materials  methods: A cross-sectional population-based study with stratified random cluster sampling was conducted in 2009 as the first phase of Shahroud Eye Cohort Study. Of 6,311 people, 5,190 participated (82.2%). Information about smoking habit was obtained by face-to- face interview.
Results: The overall prevalence of current tobacco smoking was 11.3% (95%CI: 10.5-12.3). It was significantly higher among males than females (25.7% and 0.71%, P<0.001). The prevalence of current cigarette smoking was 10.8% and 1.75% were past smokers. The smoking rate of water-pipe was 0.67%. Unemployed people smoked more than employed (OR=2.66, 95%CI: 1.38-5.14).
Conclusions: The prevalence of smoking is low in Shahroud compared with other parts of Iran and other countries. Age, sex, job and marital status were associated with smoking. The low smoking rate among women may be attributed to cultural and social reasons.
Keywords: risk factor, Iran, Smoking, Eye Cohort.

Smoking and associated factors among the population aged 40-64 in Shahroud, Iran