You are here: Home1 / ICS Publications2 / Socioeconomic status and incident cardiovascular disease in a developing... 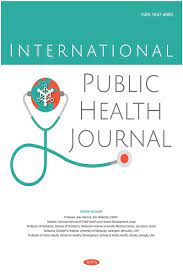 Objectives: We evaluated the association between socioeconomic status (SES) and incident cardiovascular disease (CVD) in a sample of the Iranian population.

Methods: We followed 6,504 participants who were initially free from CVD. At baseline, subjects were assessed for CVD risk factors and self-reported data were obtained for education, occupation, and income.

Results: After 24,379 person-years of follow-up (median = 4.8 years), 276 incident cases of CVD were detected. There was no significant association between the level of education and the incidence of CVD. In univariate analysis, retired individuals showed a significantly higher incidence of CVD than individuals who were working, and subjects in the highest tertile of income were less likely to suffer CVD than those in the lowest tertile. However, the associations disappeared after adjusting for age and sex.

Discussion: There was no detectable, independent association between the SES and incident CVD. The counterbalance of the higher exposure to CVD risk factors and better access to health-care services and more appropriate risk factor modification in higher socioeconomic classes might diminish the association of SES and CVD in developing countries