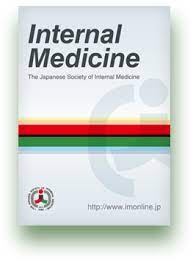 Objective: Due to the lack of compelling evidence for waist circumference (WC) as a cardiovascular disease
(CVD) risk factor in many ethnic groups, the need for local research has been expressed by international
authorities. This study was undertaken to determine the optimal cut-off points of WC for predicting incident
CVD and metabolic syndrome in an Iranian population

Materials and Methods: rea under the curve (AUC) were used to identify theA total of 6,504 participants from three areas in central Iran were followed over 7
years. Receiver operating characteristics (ROC) and a
maximum value of sensitivity and specificity combinations corresponding to the appropriate cut-off points of
WC for the detection of the metabolic syndrome and CVD events. The optimal cut-off values were defined
as the point at which the value of “sensitivity+specificity-1” reached the maximum value. Finally, Cox proportional hazard modeling was used to determine which cut-off point was better fit in the CVD risk prediction model.
Results: After 394,418 person-years of follow-up, 427 incident primary CVD events (233 men) were identi fied. Considering CVD, the optimum cut-off points were 99/103.5 cm (men/women) but these had a low sensitivity (AUC: 0.59, 95%CI 0.55-0.63 in both men and women). The second highest values for discriminating CVD were 93/97 cm that resulted in acceptable sensitivity. Regarding the metabolic syndrome, 92.6/97.8 cm
were identified as optimum (AUC: 0.67, 95%CI 0.65-0.69 in men and 0.65, 95%CI 0.63-0.67 in women).The best cut-off values that fit in the Cox regression model were 90/97 cm.
Conclusion: International recommended WC cut-off values for the Middle East are not appropriate compared to the locally defined cut-off values in Iran.
Key words: waist circumference, cut-off point, cardiovascular disease, metabolic syndrome, Iran

Evaluation of Heart Rate Reserve and Exercise Capacity in Individuals With and...
Scroll to top