You are here: Home1 / Publication2 / The distribution of corneal thickness in a 40- to 64-year-old population...

The distribution of corneal thickness in a 40- to 64-year-old population of Shahroud, Iran 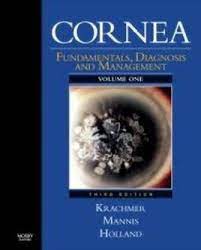 Purpose: To determine the distribution of central and peripheral corneal thickness values and its determinants in an Iranian population.

Methods: This population-based study was conducted between 2009 and 2010 in Shahroud, with a response rate of 82.2%. Here in, we present the data on central and peripheral corneal thickness in 3890 participants of the study, which included all 40- to 64-year-old participants except those with a history of ocular surgery. Measurements were done with the Pentacam, and correlations with age, gender, height, body mass index, and refraction were tested.

Results: The mean age (± standard deviation) of the participants was 50.7 years (± 6.2 years). Mean corneal thickness in the thinnest point, the center, and 3 mm away from it in the inferior, superior, nasal, and temporal directions were 525.5 ± 35.9 μm, 528.5 ± 35.8 μm, 608.2 ± 39.8 μm, 635.5 ± 41.9 μm, 611.7 ± 43.2 μm, and 601.0 ± 40.4 μm, respectively. The thinnest point was in the inferotemporal quadrant in 87.5% of cases. The center of the cornea was thinner than 500 μm in 36.6% of myopic cases and 21.8% of hyperopic cases. The thickness and location difference between the center and thinnest point were statistically significant (P < 0.001). Central corneal thickness was directly correlated with refraction (P = 0.028) and inversely with age (P = 0.027). Conclusions: In this population-based study, the thinnest point was usually located inferotemporally and the thickest point superiorly. The peripheral cornea was significantly thicker than the central cornea but thinned faster with age. The thickness difference between the thinnest and central points was significantly greater in men. People with hyperopia had thicker corneas compared with those with myopia.

The distribution of corneal thickness in a 40- to 64-year-old population of Shahroud, Iran