You are here: Home1 / IDPC Publications2 / Evaluation of changes in blood sugar levels in a 14-years cohort study... 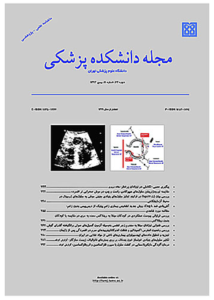 Background: Examining the course of changes in predictive indicators of future diabetes, such as blood sugar in high-risk individuals including pre-diabetic patients, can provide valuable information about the incidence of diabetes in these individuals. This study aimed to classify people at risk (pre-diabetes) based on the course of changes in their blood sugar and blood lipid and to investigate the incidence of diabetes in these classes on a sample of patients who were referred to the Endocrine and Metabolism Research Center of Isfahan. Methods: This cohort study was performed based on the information of the Isfahan Diabetes Prevention Plan (IDPs). This project was implemented from April 2004 to March 2018 in the clinics of the Endocrine and Metabolism Research Center of Isfahan. The subjects in this study include 1228 pre-diabetic patients who participated in this project. Demographic and clinical variables of patients including blood sugar and lipid-blood variables were obtained using a questionnaire and laboratory measurements. Also in this study, the number of clinical variables was recorded 3 times. Data analysis was performed using the latent class growth trees model in R software version v4. (R v4.1.0) Results: The mean (standard deviation) age of participants was 44 (6.86) years. Subjects were classified into two classes of low-risk impaired blood sugar (n=1165) and high-risk impaired blood sugar (n=63) based on the trend of changes in blood sugar levels. Blood sugar levels were reported in the first class (104.28) and the second class (132.41). Conclusion: In the present study, it was concluded that there is a significant relationship between the incidence of diabetes and the different classes formed based on the course of changes in blood sugar of at-risk individuals. Therefore, by classifying people at risk, the incidence of this disease can be predicted and thus prevented. Also,measures such as managing the blood sugar and lifestyle variables of pre-diabetic patients through nutrition counseling classes and regular periodic tests can be used to reduce the incidence of diabetes in the future is used in people with pre-diabetes who are at high risk for the disease