You are here: Home1 / IDPC Publications2 / Association of waist and hip circumference and waist-hip ratio with type... 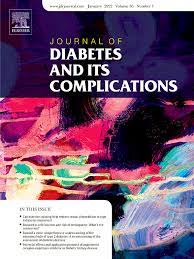 Aims: To evaluate the association of type 2 diabetes risk in first-degree relatives of diabetics with waist and hip circumference (WC and HC) and waist-hip ratio (WHR).

Methods: We retrieved the data of 1319 subjects who had at least two visits during 2003-2010 and had been examined for diabetes status, WC and HC. Joint survival-longitudinal analysis and Cox regression were performed and the results were compared.

Results: There was a significant direct relationship between diabetes risk and WC and WHR. The risk increased by 23% (95% CI: 5%-38%) and by 28% (95% CI: 9%-58%) respectively, for every 10cm increase in WC and 10% increase in WHR. Post-hoc subgroup analysis showed that these findings were present in females, but not in males. No significant association was seen for HC. Simple Cox regression showed direct association with WC and HC and no association with WHR.

Conclusions: In addition to dependence on measurement time, results from Cox model were inconclusive. The joint model showed a direct effect of WC and WHR albeit weaker than those in the general population, suggesting the possibility that factors other than the obesity indices are playing a stronger role in the elevated risk in this population. Multivariate models are needed for shedding light on the association.

Does Oral Contraceptive Use Increase the Risk of FutureCardiovascular Events?Results...

Trends of serum creatinine among patients with type 2 diabetes in Isfahan endocrine...
Scroll to top