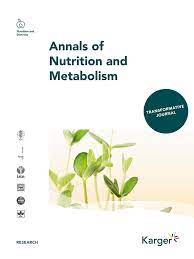 Background/aim: It is not clear whether levels of continuous metabolic syndrome (cMetS) are associated with type 2 diabetes (T2D). The aim of this study was to determine the ability of the cMetS score to predict progression to T2D in non-diabetic first-degree relatives (FDRs) of patients with T2D in Isfahan, Iran.

Methods: A total of 1,869 non-diabetic FDRs 30-70 years old in 2003-2005 were followed through 2014 for the occurrence of T2D. At baseline and through follow-ups, participants underwent a standard 75 g 2-h oral glucose tolerance test. MetS was defined by the National Cholesterol Education Program-Adult Treatment Panel III. The cMetS score was calculated using age- and gender-standardized Z-score for MetS components. Receiver operating characteristic (ROC) curve was used to assess the association between cMetS and components of MetS with T2D.

Conclusions: The cMetS score is a robust predictor of T2D and may be more effective and efficient than the current binary definition of MetS in predicting progression to T2D in our study population.