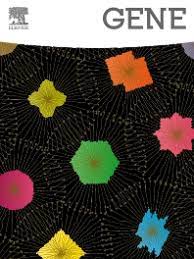 The progression from normal glucose tolerance (NGT) to type 2 diabetes (T2D) occurs through an intermediate state of glucose intolerance known as pre-diabetes. This transition is usually a gradual phenomenon that occurs over 5-10 years. Among the routinely practiced T2D screening criteria, like, FPG, IFG, IGT or HbA1c, still the issue of a preferable one is debated. The newly emerged microRNAs are created much hope to act as a class of suitable diabetes gene signature detectable at an early stage of the disease development. Although T2D related miRNA fluctuations are reported from the main insulin target organs, sampling of these organs for the sake of screening due to its invasive nature is not practicable. Peripheral blood mononuclear cells (PBMCs) are in constant touch with all body organs hence may exhibit the trace of miRNA changes which take place in insulin target organs. In this study we have evaluated miR-103 and miR-143 expression in three groups of rats namely; normal control, high fat diet (HFD) which is corresponding to prediabetes state, and high fat diet/streptozotocin (STZ) induced T2D. Quantitative real time PCR was used for profiling the selected miRNA expression at various time intervals of the three defined groups of rats. In prediabetes and overt diabetes stages, miR-103 showed significantly elevated expression in PBMC specimens compared to the normal healthy control group. Overexpression pattern of mir-143 was statistically significant in T2D compared to non-diabetic controls. However in HFD (prediabetic) rats also we observed an increasing pattern of miR-143 compared to the normal controls but it was not statistically significant.