Assessment of the Distribution of Usual Intake of Nutrients and Estimating Prevalence of Intake Deficiency and Excess in a General over 40-Years of Age Population of Central Region of Iran: Application of the National Cancer Institute (NCI) Method

You are here: Home1 / ICS Publications2 / Assessment of the Distribution of Usual Intake of Nutrients and Estimating...

Assessment of the Distribution of Usual Intake of Nutrients and Estimating Prevalence of Intake Deficiency and Excess in a General over 40-Years of Age Population of Central Region of Iran: Application of the National Cancer Institute (NCI) Method 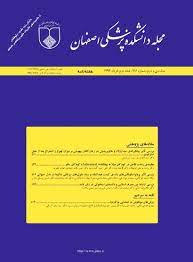 Background:  The health of subjects is not affected by the nutrients ingested in a particular day; it actually  is influenced by the dietary habits over a long time. In the most commonly used methods, usual food components intakes would be estimated along with bias. Considering the initiating and developing of many chronic diseases in the middle-age and elderly, majority of them affected by
nutrition, the aim of current research was to evaluate the distribution of usual intake of selected nutrients using a powerful statistical method i.e. NCI (National Cancer Institute) method in a general above 40-years-old population of central region of Iran.

Methods: In this cross-sectional study, based on information obtained from the Isfahan Cohort Study in 2007, 1922 people aged 40 and over, were investigated. Subjects’s  dietary intakes were assessed with a 24-hour recalls and two food records. Distribution of usual nutrient intake was estimated using NCI method. The proportion of subjects at risk of nutrient intake deficiency or excess was estimated by comparing the estimated values with recommended standards, for men and women, separately

Findings: The prevalence of vitamin A inadequacy for men in different age groups was more substantial than women (58.3-96.7 percent for men vs 23.3-57.2 percent for women). The usual
calcium and dietary fiber intakes for a low percentage of studied subjects were more than recommended standards (Maximum of 7 and 28 percent for dietary fiber and calcium, respectively). There was a significant difference between men and women, at the age of 40-70 years, in terms of compliance of recommended cholesterol level (P < 0.0001) Conclusion: The results of current research showed that intake of vitamin A, calcium and dietary fiber was not adequate, and somewhat there was excess intake of cholesterol in the studied population. Thus consuming of dairies, vegetables and fruits, as the main sources of micronutrients, should be increased
in this population. Interventional population-based programs such as enriching food and training in order to adjusting the pattern of diet should be designed.