You are here: Home1 / ITCS Publications2 / The Prevalence of Thyroid Dysfunction in an Iodine-Sufficient Area in... 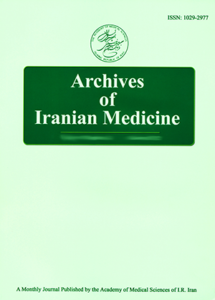 Methods: A cross-sectional survey was conducted from January 2006 through April 2006. The selection was conducted by stratified probability cluster sampling through household family members in Isfahan, Iran. Thyroid stimulating hormone (TSH) of 2523 men and women aged >20 years (mean: 39.0) was measured. Additional thyroid tests were done and serum levels of antithyroid antibodies were evaluated in individuals with elevated TSH. Elevated TSH with normal free T4 index (FT4I) at the second measurement was considered as subclinical and high TSH with low FT4I as overt hypothyroidism.

Results: The overall prevalence of hypothyroidism was 4.8% [95% confidence interval (CI) 3.7, 6.1] in men and 12.8% (95% CI 10.9, 14.6) in women; and 37.6% of hypothyroid men and women had positive antithyroperoxidase antibodies and/or antithyroglobulin antibody, while 19.3% of men and women were euthyroid. The mean (SE) of urinary iodine was 20.3 (0.55) microg/dL and 20.1 (1.37) microg/dL for euthyroid and hypothyroid individuals, respectively (P=0.65). Older age, female sex, and goiter were strongly associated with both overt and subclinical hypothyroidism.

Conclusion: Hypothyroidism appears to be common in Isfahan, Iran. The high prevalence of hypothyroidism in Isfahan may be due to autoimmunity with no correlation to iodine intake.