Does Oral Contraceptive Use Increase the Risk of FutureCardiovascular Events?Results from the Isfahan Cohort Study

You are here: Home1 / ICS Publications2 / Does Oral Contraceptive Use Increase the Risk of FutureCardiovascular Events?Results...

Does Oral Contraceptive Use Increase the Risk of FutureCardiovascular Events?Results from the Isfahan Cohort Study 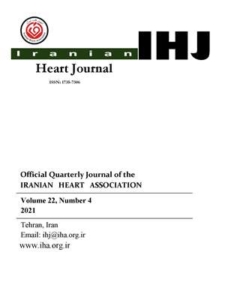 Background: Oral contraceptives (OCP) have been previously reported to be a risk factor for venous thromboembolism and pulmonary embolism. However, their effects on cardiovascular disease (CVD) and stroke are still controversial. In this study, we aimed to clarify whether there is an increased risk of future CVD in women with a history of OCP use.
Methods: This cohort study was conducted between 2001 and 2011 in a group of women³35 years of age. The participants were divided into 2 groups: with a history of OCP use and without a history of OCP use. A questionnaire containing demographic data, history of OCP use, and other risk factors of CVD was completed by the participants. Body mass index, hypertension, and blood biochemistry markers (including fasting plasma glucose, total cholesterol, triglyceride, high-density lipoprotein, and low-density lipoprotein) were determined at the beginning of the study. Stroke, myocardial infarction (MI), sudden cardiac death, and total CVD were assessed during the study. Finally, all the gathered data were analyzed using SPSS, version 15. The chi-square test and the independent t-test were used to compare the groups. The Cox regression model was utilized to evaluate the association between CVD event and OCP use.
Results: Out of 3, 254 women aged³35 years in this study, totally 1, 391 (42.7%) individuals had a history of OCP use and 1, 863 (57.3%) women had no history of OCP use. There were differences between the groups (OCP users and nonusers) in terms of age (P£0.001), hypertension (P?0.001), and waist circumference (P=0.009), whereas there were no differences as regards diabetes mellitus (P=0.353), fasting plasma glucose (P=0.177), and dyslipidemia (P=0.368). None of the events, comprising MI (HR: 0.514 [0.288–0.919]), stroke (HR: 0.803 [0.501–1.287]), sudden cardiac death (HR: 0.39 [0.156–0.97]), and CVD events (HR: 0.802 [0.642–1.003]), showed a significant relationship between the event and OCP use in the comparison between the OCP users and nonusers. Even after adjusting for the demographic data and risk factors, the same results were obtained.
Conclusions: In contrast to previous studies, our data revealed no increased risk of future stroke and CVD events, consisting of MI, stroke, and sudden cardiac death, due to a history of OCP use. A historyof OCP use for a longer period of time compared with a shorter period of time showed no difference concerning the prevalence of future CVD