The impact of health-related quality of life on The incidence of ischemic heart disease and stroke; a cohort study in an Iranian population

You are here: Home1 / ICS Publications2 / The impact of health-related quality of life on The incidence of ischemic...

The impact of health-related quality of life on The incidence of ischemic heart disease and stroke; a cohort study in an Iranian population 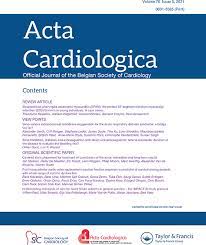 Objective: The aim of study was to evaluate the impact of health-related quality of life (QoL) on the occurrence of ischaemic heart disease (IHD) and stroke using a validated questionnaire.

Methods: We followed the 3,283 subjects, aged ≥ 35 years and without history of cardiovascular events (CVE) over four years from 2007 to 2011 from the Isfahan cohort study. The World Health Organization QoL questionnaire (WHOQOL-BREF), which contains four separate domains, was used to assess QoL. Incidence rates of IHD and stroke were recorded during follow-up. Socioeconomic demographic data including marital state, educational level, occupation, income and place of living and metabolic risk factors such as diabetes mellitus (DM), hypertension (HTN), dyslipidaemia, body mass index and smoking were also recorded.

Results: More IHD (42%) and stroke (57%) patients were illiterate; while the educational status was significantly different only in the IHD group (P = 0.000). Differences in income and occupation were notable in patients with stroke and IHD, respectively, compared to subjects without them (P < 0.050). DM and HTN were significantly higher in IHD and stroke patients in comparison with subjects without CVE (P = 0.000). Two-way multivariate analyses of covariance test after age, educational status and metabolic risk factors adjustment showed that subjects with stroke had a significantly higher score in all QoL domains in comparison with individuals without stroke (P < 0.050). There was no significant association between QoL domains and IHD incidence (P > 0.050).

Conclusion: This study indicates that there is no association between QoL and IHD incidence although there was a significant relationship between higher QoL and incidence of stroke.

The impact of health-related quality of life on the incidence of ischaemic heart disease and stroke; a cohort study in an Iranian population