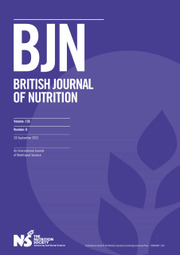 The aim of the present study was to assess the reliability, comparative validity and stability of dietary patterns defined by factor analysis for participants of the Tehran Lipid and Glucose Study. A total of 132 subjects, aged ≥ 20 years, completed a 168-item FFQ (FFQ1, FFQ2) twice, with a 14-month interval. Over this duration, twelve dietary recalls (DR) were collected each month. To assess the stability of the FFQ, participants completed the third FFQ (FFQ3) after 8 years. Following these, two dietary patterns–the ‘Iranian Traditional’ and the ‘Western’–were derived from FFQ1 and FFQ2 and the mean of DR (mDR); and three dietary patterns were identified from FFQ3: the ‘Iranian Traditional’, the ‘Western’ and the ‘Combined’. The reliability correlations between factor scores of the two FFQ were 0·72 for the Iranian Traditional and 0·80 for the Western pattern; corrected month-to-month variations of DR correlations between the FFQ2 and mDR were 0·48 for the first and 0·75 for the second pattern. The 95 % limits of agreement for the difference between factor scores obtained from FFQ2 and mDR lay between -1·58 and +1·58 for the Iranian Traditional and between -1·33 and +1·33 for the Western pattern. The intra-class correlations between FFQ2 and FFQ3 were -0·09 (P = 0·653) and 0·49 (P <0·001) for the 'Iranian Traditional' and the 'Western', respectively. These data indicate reasonable reliability and validity of the dietary patterns defined by factor analysis. Although the Western pattern was found to be fairly stable, the Iranian Traditional pattern was mostly unstable over the 8 years of the study period.